iPhone users, here's why you need to update your WhatsApp app right now

Phone users, if you haven’t updated your WhatsApp application for a while then you should do it right now as The Indian Computer Emergency Response Team (CERT-In) has found multiple vulnerabilities in the Facebook-owned app that “could allow a remote attacker to bypass security restrictions or execute arbitrary code on the target system.” 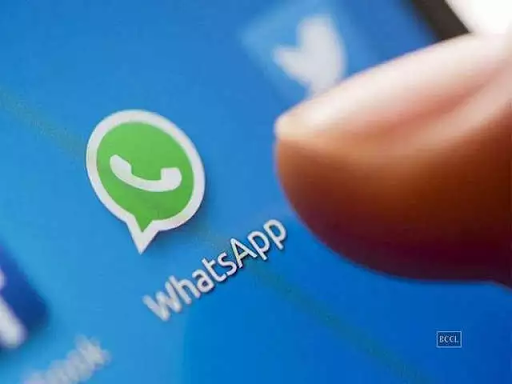 The first vulnerability, titled ‘Improper Access Control Vulnerability’, has been found in the ‘Screen Lock’ feature in WhatsApp and WhatsApp Business app. “An attacker could exploit this vulnerability by using Siri to communicate even after the phone is locked. Successful exploitation of this vulnerability could allow the attacker to bypass security restrictions,” said CERT-In.

As for the second vulnerability, titled ‘Use-After-Free Vulnerability’, which has been found in the logging library in WhatsApp and WhatsApp Business due to a use-after-free error.’

“A remote attacker could exploit this vulnerability by sending a specially crafted animated sticker to the target user while placing a WhatsApp video call on hold, resulting in several events occurring together in sequence. Successful exploitation of this vulnerability could lead to memory corruption, denial of service conditions, or execution of remote code,” added the report.

Last year, with the launch of the full version of its Photoshop app for iPad, Adobe confirmed that they are working on a new app called Photoshop Camera. Well, that app is now available as Adobe has finally launched its Photoshop Camera app for Android and iOS.  The new camera app from the company brings extensive Photoshop-like filters to the live camera. As already mentioned, the app is already available on Android and iOS and can be downloaded via Apple App Store and Google Play Store. However, currently, only a limited number of Android smartphones are supported that include smartphones from Samsung, Pixel and OnePlus. The Photoshop Camera app comes with over a dozen filters that include Portrait, Cosmos, Pop Art, Spectrum and more. It allows users to apply them while taking photos using the app.  The app uses Adobe’s Sensei technology to detect and separate several scenes, backgrounds and elements such as sky, window, etc from photos and apply filters accordingly. In addition to t

Microsoft has confirmed the removal of 27 different languages -- including 6 Indian languages -- support from across the world from the iOS version of Outlook app by June end.  According to a report by OnMSFT, the tech giant has made the announcement on removal of the language support via Microsoft 365 Admin Center where the company also explained that the decision of removing language support from the app is in order to maintain consistency across the Microsoft 365 apps on iOS platform. The Indian languages being removed from the app include Malayalam, Gujarati, Tamil, Telugu, Urdu and Marathi. Afrikaans, Amharic, Azerbaijani (Latin), Bosnian Latin, Basque, Persian, Filipino, Irish, Galician, Icelandic, Kazakh, Khmer, Lao, Lithuanian, Latvian, Macedonian, Norwegian (Nynorsk), Slovenian, Albanian, Serbian (Cyrillic, Serbia) and Serbian (Latin, Serbia) are other 21 languages that are being removed from the app. The OnMSFT report suggests that those using the Outlook in iOS in any of the

WhatsApp users, here's something you should not do