Fact-checked on FB and Twitter, Conservatives switch their apps

Corey Adam, a political comedian from Minneapolis, joined a mass social media switcheroo last week. That was when Adam, 39, a conservative and libertarian, watched Twitter and Facebook add labels to social media posts from President Donald Trump and other Republicans who falsely claimed he had won the election. Many of the labels said the assertions were disputed. And on Twitter, some of Trump’s tweets were hidden completely. 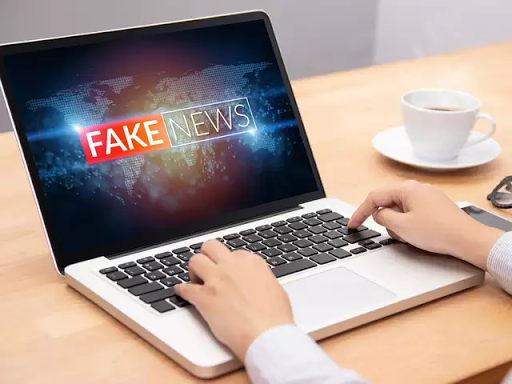 To Adam, the social media companies appeared to be singling out conservative voices. So he decided to shift to Parler, a social networking app that he has used on and off for a year, and to largely ignoring those two big platforms, he said.

“Facebook started muting, deleting and labeling every conservative political post in my feed,” Adam said. “If you’re going to do something, you have to be fair to both sides. You don’t just get to pick one side to promote.”

Then there is Mark Levin, a far-right radio host with millions of listeners, who vented on his show last week that the tech and media companies were not representing the conservative point of view. Maria Bartiromo, a Fox News anchor, also expressed frustration with Twitter and said it was blocking conservatives’ statements.

But Levin, Bartiromo, and others did not stop there. They directed their followers to other social media apps and news sites that have positioned themselves as alternatives to Facebook and Twitter. The beneficiaries are Parler, a Twitter-like app that describes itself as the world’s “premier free speech social network”; the rightwing media app Newsmax; and other social sites like MeWe and Rumble, which have purposely welcomed conservatives.

Over the weekend, Parler shot to the top of Apple’s App Store in downloads. As of Monday, it had 8 million members, nearly double the 4.5 million it had last week. Rumble said it projected 75 million to 90 million people will watch a video on its site this month, up from 60.5 million last month. And Newsmax said that more than 3 million people watched its election night coverage and that its app has recently been in the top 10 daily apps downloaded from Apple’s App Store.

Parler is owned in part by conservative media personality Dan Bongino. Founded in 2018 by two Nevada-based software engineers, John Matze and Jared Thomson, Parler — which is named after the French word meaning “to speak” — has said it is a free speech platform with much looser guidelines around what people can post to the site. On Parler, users can see posts about MAGA fodder and QAnon, the pro-Trump conspiracy theory that asserts that some top Democrats are satanic pedophiles. Anti-Semitic theories abound. Donald Trump Jr.; Sen. Ted Cruz, R-Texas; and Rudy Giuliani, Trump’s personal lawyer, all have Parler accounts.

Last year, with the launch of the full version of its Photoshop app for iPad, Adobe confirmed that they are working on a new app called Photoshop Camera. Well, that app is now available as Adobe has finally launched its Photoshop Camera app for Android and iOS.  The new camera app from the company brings extensive Photoshop-like filters to the live camera. As already mentioned, the app is already available on Android and iOS and can be downloaded via Apple App Store and Google Play Store. However, currently, only a limited number of Android smartphones are supported that include smartphones from Samsung, Pixel and OnePlus. The Photoshop Camera app comes with over a dozen filters that include Portrait, Cosmos, Pop Art, Spectrum and more. It allows users to apply them while taking photos using the app.  The app uses Adobe’s Sensei technology to detect and separate several scenes, backgrounds and elements such as sky, window, etc from photos and apply filters accordingly. In addition to t

Microsoft has confirmed the removal of 27 different languages -- including 6 Indian languages -- support from across the world from the iOS version of Outlook app by June end.  According to a report by OnMSFT, the tech giant has made the announcement on removal of the language support via Microsoft 365 Admin Center where the company also explained that the decision of removing language support from the app is in order to maintain consistency across the Microsoft 365 apps on iOS platform. The Indian languages being removed from the app include Malayalam, Gujarati, Tamil, Telugu, Urdu and Marathi. Afrikaans, Amharic, Azerbaijani (Latin), Bosnian Latin, Basque, Persian, Filipino, Irish, Galician, Icelandic, Kazakh, Khmer, Lao, Lithuanian, Latvian, Macedonian, Norwegian (Nynorsk), Slovenian, Albanian, Serbian (Cyrillic, Serbia) and Serbian (Latin, Serbia) are other 21 languages that are being removed from the app. The OnMSFT report suggests that those using the Outlook in iOS in any of the

WhatsApp users, here's something you should not do